Nana Patekar has created a separate fan base for himself in Bollywood. These recent years have been really tough for the actor as he was scandalized for the MeToo movement.

The actor has faced media confronting that these allegations are false but the MeToo movement became too big and exposed many people in the industry.

Nana Patekar filed a case against Tanushree Dutta but it had clearly harmed his image in the public. Still, lots of people from the industry and his fans aren’t convinced that a man like Nana Patekar can do anything like this.

We all know the acting skills and screen presence of the actor in front of the camera.

Little you know about his life during the struggling days, as he used to paint Zebra Crossings on roads and stick movie posters to earn a living.

Once he was earning only 35 bucks a month, and now he emerges as one of the most generous donors to the farmers of the drought-hit regions, his story is inspiring to everyone.

The actor can afford a luxurious life but he prefers living a simple life. By respecting the greatness of the actor and his work for the country and society, we have created a list of unknown facts that will make you respect him even more.

2. Nana Patekar is not a politician so every time he comes up to help poor farmers it looks like help without any need or greed. He made several donations to people around.

Recently, he donated 15,000 rupees per family to more than 60 families of the farmers who committed suicide in the Marathwada region. Moreover, he pays a visit to 112 farmers’ families in Marathwada to know their conditions.

3. He started his organization that plans to connect with more than 700 people in the areas of Nagpur, Hingoli, Parbani, Latur, Aurangabad, Nanded, etc.

His way of helping people is mesmerizing as he actively visits the place himself and takes control of all the actions.

4. His foundation was very successful as they managed to collect more than 22 crores rupees from the people to help poor farmers.

The foundation works with a major aim to fill the dried lakes and rivers in order to provide safe drinking water to all the farmers and their families.

5. Little do you know that Nana Patekar did method acting and underwent the strict army training for 3 years in order to perfect his role in the movie Prahaar.

Nana Patekar was given the honorary rank of Captain in the early 90s. 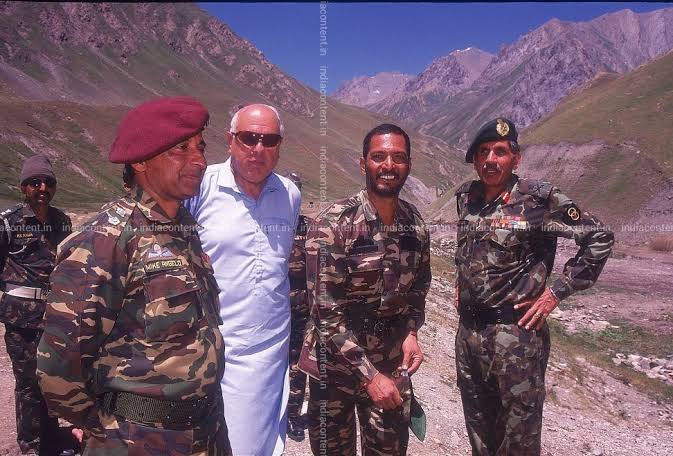 After the shooting of Movie, he started the movement that all Indians should serve the country with Army Uniforms. They must get proper training and at least serve one year in the army.

He had served the Indian Army during the Kargil war as well.

6. The foundation started by legendary actor Nana Patekar received an impactful response since its inauguration day. For the record, the foundation had collected 80 Lacs on its very first day.

Nowadays, most of the people raise questions on the credibility of the foundation, the Nana Patekar’s foundation comes clean as it shows all the records of help they provide to farmers.

7. Most of the celebrities donate some of their money to charity and continue to work in the industry. But, Nana Patekar actively participated in this great cause and preferred to visit and meet all the villagers and farmers.

For instance, he personally handed over 15,000 bucks cheques to all the farmer widows in the small hall in Latur, Marathwada.

In the newspapers, it was written that there was a power failure for 5 minutes during cheques distribution and people used their phone torch so that Nana Patekar continues to distribute the cheques.

8. Nana Patekar enjoys his work and in an interaction with the media, he said, “Marte dam tak jeene ki vajah mil gai hai mujhe.” (I have found a reason to live, till I die.)

Recently he got media attention again with his visit to the house of Late Actor Shusant Singh Rajput. He met the family members and showed his sadness and grief for the young talent who is no more.

Non-Celebrity Contestants Who Appeared On The Big Boss Show.

Before Marrying Priyanka, Nick Jonas Has Dated These Popular Celebrities.